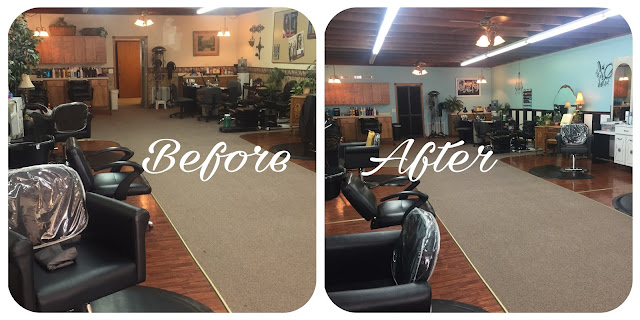 I just realized that other than announcing that I was buying The Hair Emporium, I haven't updated on how everything is going!  So here it is:  The past week has been one of the most exhausting of my life.  More mentally than physically.  We gave the salon a facelift.  And I was terrified! 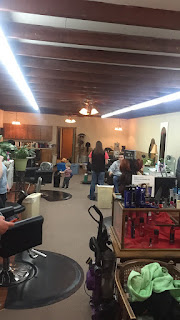 We closed on the sale on December 12, and I officially became a salon owner.  I waited to get through the process of getting everything switched over, the craziness of the holidays, my first round of taxes, and issuing W2s (and yes, I survived it all) before I put my own touch on the salon.  And it was quite the undertaking.  I mean, this is a BIG space.  It was very well maintained, and in very good shape, but it is huge, and if I wanted to get all of this done in one weekend, I was going to have to bust my butt.  That was a lot of wall space to paint! And to top matters off, I had already signed on to do a 5K race on the same weekend that the salon wasn't booked up, and available for the remodel, and at the last minute, one of my stylists found out she was closing on the sale of her house that weekend, and would be moving, so she would be unavailable to help.  That left it up to me, and a few of my friends and family to get that salon taken apart, flipped, put back together, and ready for reopening in 58 hours.  So bust our butts we did.  And it was so worth it! 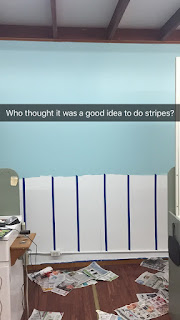 When I say I was mentally exhausted, I'm not being dramatic (believe it or not).  This was a big deal for me.  The salon has a very wide range with our clientele's age, tastes, styles, etc.  So trying to figure out a theme that would appeal to the younger generation and try to pull more of that clientele in, without offending the senses of the current clientele was a big deal for me.  So I started thinking about things that are timeless.  Old Hollywood Glam came to mind.  One of the most classy, timeless movie stars I could think of was Audrey Hepburn.  And Tiffany Blue is one of the most popular colors throughout all generations.  So there we had it: a theme.  Now I just had to figure out what to do with it.  That came together in pieces.  As I found pieces I wanted on the wall, I had a vision for where they would go, and before I knew it, I had a vision in my mind.  Breakfast at Tiffany's theme.  With black, white, and Tiffany blue, pearls, and chandeliers.

The biggest challenge as far as the painting goes, was by far, the black and white stripes on the bottom.  I had this grand vision that I was not budging from, but this was a huge undertaking filled with measuring, chalk lines, taping, and multiple coats of paint, and trying to keep a steady hand.  Thank God for my friend Kesa, she kind of took charge on this front and we got it done.  It took 2 days for just the stripes, but it looked amazing when it was done.  And surprisingly, unless you look really close in one area, they are all fairly straight!  And I'm not telling where they are slightly off  ;).

When it all came together, it looked even better than I could have imagined.  I had a vision in my head, but seeing it on its canvas made it come to life, and made it real.  The whole weekend, it kept hitting me in waves, I am finally chasing my dream, and with each brush stroke, I was watching it come to life.  I could not have done this without my family and friends.  Some of them devoted their entire weekend to helping me at that shop, and all they got out of it was a few slices of pizza.  My mom, with her bad leg, was up and down off of ladders.  My sister, I mean, she just gets stuff done, whatever I needed, she was on it.  And my friends, that showed up without asking a single question, in their paint clothes.  This is what friendship and love is all about.  Doing something for someone, not expecting a single thing in return.  All of them were so happy to be there, and so happy to help, and excited for me.  It is overwhelming, and humbling when I look and see the love they all showed me.   I hope each and every person that yielded a paint brush, or used a putty knife, or fired a nail gun this weekend knows how deeply I appreciate it.  I could not have done it, let alone on time, without each and every one of them. 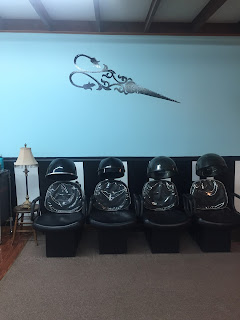 But mostly, I need to thank Vicki, the former owner.   None of this would have been possible for me without her.  She paved the way for me.  She got this salon established, with an amazing reputation, and when she was time to hand it over, she chose me.  She could have very easily said no to this sale.  She could have said it didn't feel right, and chose someone else for the buyer, but she said yes to me.  And for this, I owe her so much gratitude.  She made it possible for me to chase my dream.  She made it possible for me to see a vision come to life that I have had since I was 19 years old.  She will never know how much that means to me.

And by the way, as far as my 5K goes, I shaved a minute and 30 seconds off of my personal record. 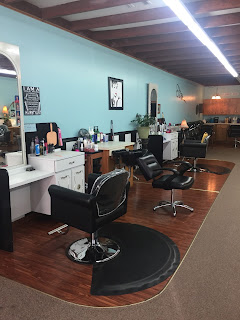 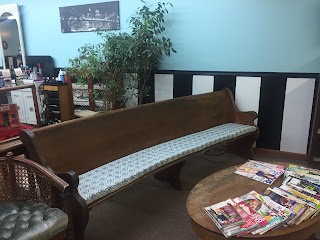 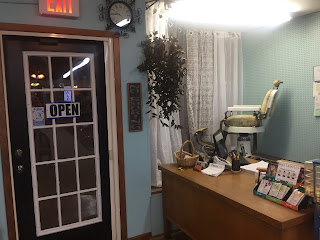