A tragedy rocked my little hometown to the core this week.

A teenager, a 16 year old boy, took his own life.  Leaving a very loving, very devastated family behind.  The PROJECTED reason? Bullying.  I don't know for sure that this is the reason that Tommy isn't with us anymore, but it has started a serious discussion around here.

This has been a subject that has been a very hot topic for years.  We have workshops.  Our children attend anti-bullying assemblies.  We drill into our children that there is zero tolerance for bullying behavior. We try to teach them to report it, and speak out against it. But it seems as if it never really gets better, regardless of the action plans that schools and communities seem to put into place.  I feel like there are a couple of reasons for that, and if we open our eyes, they aren't hard to pinpoint.

First of all, do kids really even understand what bullying is anymore?  It's not just physical.  It's not just a group of kids encircling one kid on the play ground and pushing him around.  It's not just shoving a kid into a locker.  It's RELENTLESSLY tormenting someone.  It's not giving this kid a break.  And a lot of times, it's sneaky.  Its done when the teacher isn't looking.  It's done when walking home from school, where there isn't an adult to stop it.  It's on Facebook, or Instagram, or snapchat.  Social media apps, such as After School, have given kids a way to torment others, completely anonymously, allowing them to hide behind a computer screen.  It doesn't just stop once kids walk out of the doors at school.  It follows them everywhere.  It's when someone actually makes a sport out of ruining someone else's day.  But this term has been used so loosely.  I've heard my own children use the term when someone just doesn't talk to them.  I have had to explain, there is a huge difference between someone not talking to you, or going out of their way to be your friend, and bullying.  But because this term has been pounded into their heads, and gets used so frequently, I have witnessed a generation of kids that misuses a very serious term, and has desensitized the rest of us to this word.  It has almost become a situation of the boy who cried wolf.  And in cases like what happened this week, it sounds like we should have listened.

Second of all, I think we, as a society, need to take the blinders off when it comes to bullying.  EVERYONE is susceptible to being a victim of bullying.  It knows no socio-economic boundaries.  It does not discriminate.  Just as equally, everyone is also capable of being that bully.  Bullies don't just come in the form of the big jock with the crew cut wearing his letter jacket.  Your kid may be getting bullied, but as parents, we need to open our eyes to the fact that our own kids may be the bullies we speak of.    Breaking this cycle has to stop at home.  We need to teach our kids right from wrong, hold them accountable if they don't make good choices, and be AWARE of what our kids are doing.  Monitor their social media, get to know their friends and their parents, pay attention, and lead by example.  If you bully your children, you can almost bank on the fact that they are passing that on to someone else.  And if you bury your head in the sand, and think your child is incapable of doing wrong, or would never do that, you can bet they're probably doing it, and knowing they're getting away with it.  Step up.  Make your kids take responsibility for their actions.  Teach them right from wrong.  Teach them compassion.

People are so quick to place blame on school administrators and teachers for not doing enough to prevent the bullying, or stopping it once it starts.  But our educators are paid to educate our children, not raise them.  That is our job. Fingers have been pointed at three administrators in particular this week concerning this topic, saying that over the years they haven't done enough.  But I ask you this: how do we expect these 3 administrators to know what is going on in the lives of over 1000 kids in our school system right now?  Shouldn't that be the role of the parents?  When I got in trouble at school, I got a call home, and that was the worst punishment imaginable.  But too many parents become defensive and combative when problems are brought to their attention, rather than sucking it up, accepting the fact that their kid may have screwed up, and handling the situation.  It sucks, you don't  want to imagine your kid may be part of the problem, but it's time to get realistic.  We have created an environment where educators don't feel comfortable approaching parents for a variety of reasons.  Whether it's because nothing gets done, or because they end up feeling attacked or because it's just easier, that bridge has, in many cases, been burned.  But have any of you stopped and thought about this:  the frustration we feel, many of our educators feel as well.  Why?  Most of them are parents of children currently in the school system. 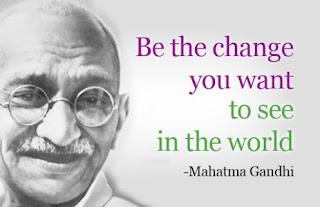 So I propose this:  Let's all step up.  Let's hold each other accountable.  Let's stop being scared to approach another parent to have that difficult discussion.  Let's be the change that we all keep saying needs to happen.  I promise you, that if one of the "popular" kids, stepped up and said, "this is wrong and I'm not taking it anymore"  they would quickly see the influence they have and many would follow suit.  And if you have been one of the people bullying, it's NEVER too late to change how you treat people.  Young or old, we are all given another chance to change each and every day.  There are some people that are natural leaders, and some that are natural followers.  I can honestly say that I don't ever remember "bullying" someone.  But I can also remember plenty of times I saw it happening and did nothing to stop in.  As an adult, reflecting back, I wish I could change this, but I can't.  So I am drilling into my children the importance of it.  Not once, did I ever have a friend turn their back on me because I stood up for something that was right.  We need to stop being so scared.  I am very proud of some of the young people that I have seen speak up in Abilene this week.  They have shown class, and compassion during something that people their age aren't equipped to handle.  And this gives me hope.

Today, as Tommy is laid to rest, let's all decide to stop fighting.  Let's pull together.  Let's stop talking, and start doing.  Let's make this town, this school district a better place for our young people, and many generations to come.  Change can start with one person, I believe it already has.
at October 23, 2015